Making payments into your self-managed superannuation fund (SMSF) with pre-tax dollars is labelled making “concessional contributions”. These payments to your super fund include the compulsory 9.5% super guarantee paid by employers, salary sacrificed amounts and personal contributions for which you can claim a tax deduction (like those made by the self-employed). 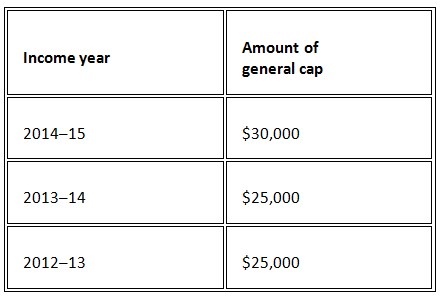 Stick to the limits

Excess contributions tax is a penalty tax, and is imposed on the individual rather than the super fund, although the tax may be paid from the individual’s super account.

And if you’re in business for yourself (as say, a sole trader), don’t forget that certain other concessions for personal super contributions can push you over the limit, such as the small business CGT retirement concession that allows the capital gain made from the sale of an eligible asset to be tipped into super (the capital gain is then tax-free). This is counted towards the concessional super contributions cap.

Not all caps are the same

total rate of tax on such a contribution is to set at no more than 95%.

But if you are under 65 years old when you breach the non-concessional contributions cap, don’t panic just yet – you are automatically entitled to use the “bring forward rule”. This lets you bring forward the $180,000 caps for the next two years into the current year. So you get a cap of $540,000 for that initial year and won’t be punished for contributions between $180,000 and $540,000 as long as your total non-concessional contributions for the three years don’t exceed $540,000.

DISCLAIMER:All information provided in this publication is of a general nature only and is not personal financial or investment advice. It does not take into account your particular objectives and circumstances. No person should act on the basis of this information without first obtaining and following the advice of a suitably qualified professional advisor. To the fullest extent permitted by law, no person involved in producing, distributing or providing the information in this publication (including Taxpayers Australia Incorporated, each of its directors, councilors, employees and contractors and the editors or authors of the information) will be liable in any way for any loss or damage suffered by any person through the use of or access to this information. The Copyright is owned exclusively by Taxpayers Australia Inc (ABN 96 075 950 284).